Air Force legend Charles Elwood “Chuck” Yeager turned 93 this year, but don’t let that milestone fool you into believing that he’s too old to be tech-savvy. A couple of years ago he started to tweet about his exploits during his long flying career, which spanned more than sixty years. Reading General Yeager’s tweets is like looking back at his life, and what an amazing life it’s been. Here are a few reasons why the private who rose to become a general just might be the greatest military pilot ever.

1. He enlisted to be a mechanic. Within two years, he was a pilot. 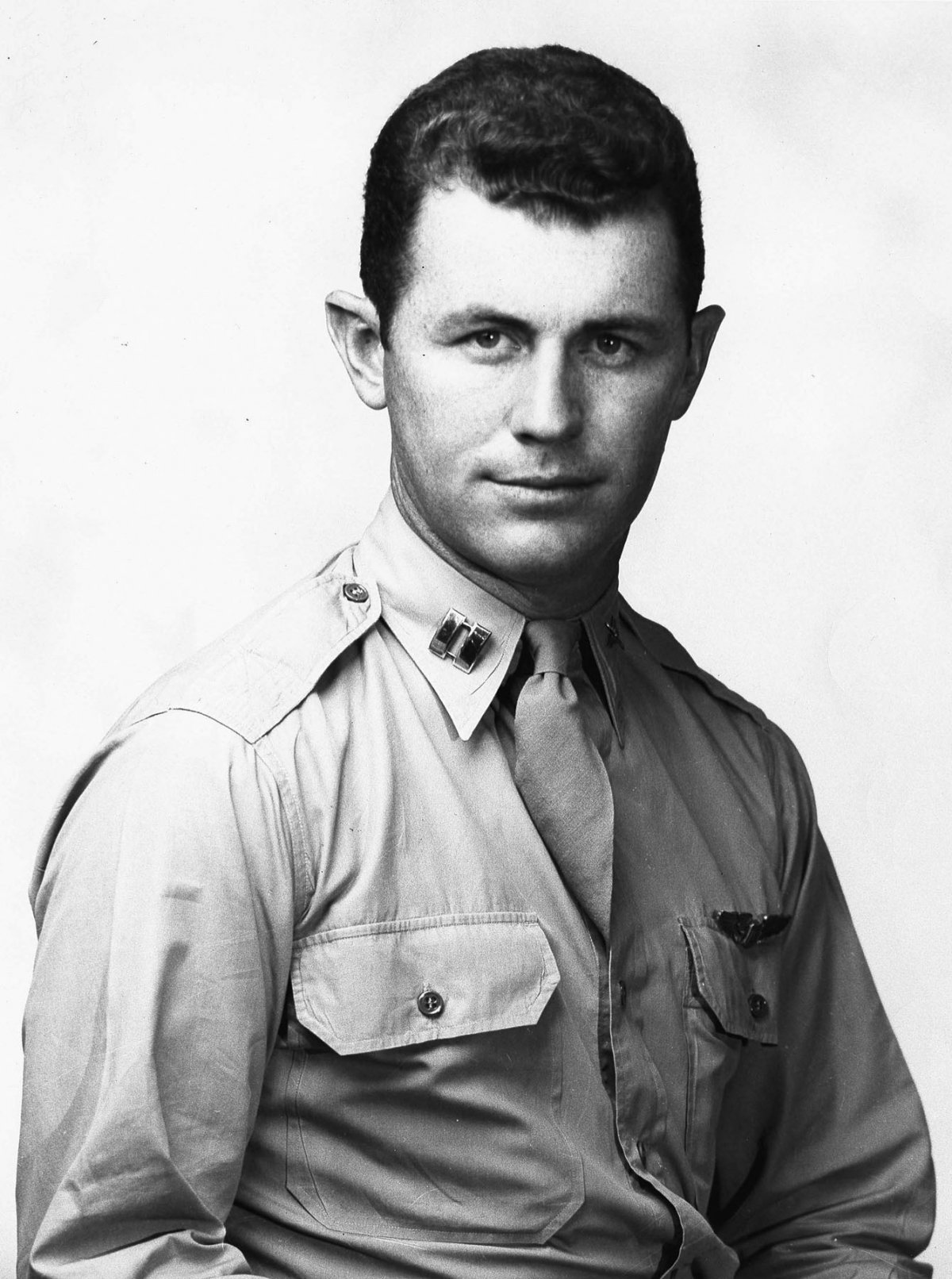 Captain Charles E. Yeager as he would have looked around the time he took XS-1 through Mach 1.

In September 1941, 18-year-old Yeager enlisted in the Army Air Corps as an an aircraft mechanic. His eyesight and natural flying ability earned him a Flight Officer (Warrant Officer equivalent) slot at Luke Field, Arizona. By November 1943, he was in England flying P-51 Mustangs against the Nazi Luftwaffe.

2. After being shot down, he aided the French Resistance. 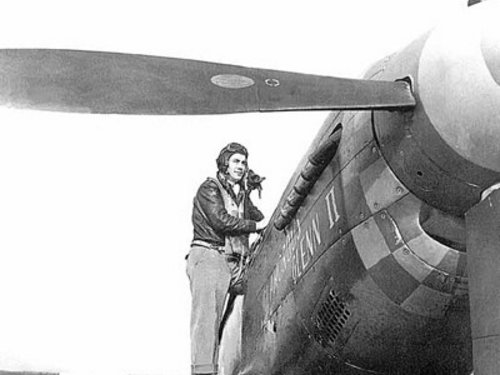 Yeager was shot down over France in March 1944 on his eighth air mission.

He taught the Maquis (as the French Resistance was called) to make homemade bombs, a skill he learned from his dad.

Yeager escaped to Spain through the Pyrenees with their help.

He also helped another airman, who lost a leg, escape with him.

3. He fought to go back into air combat and won. 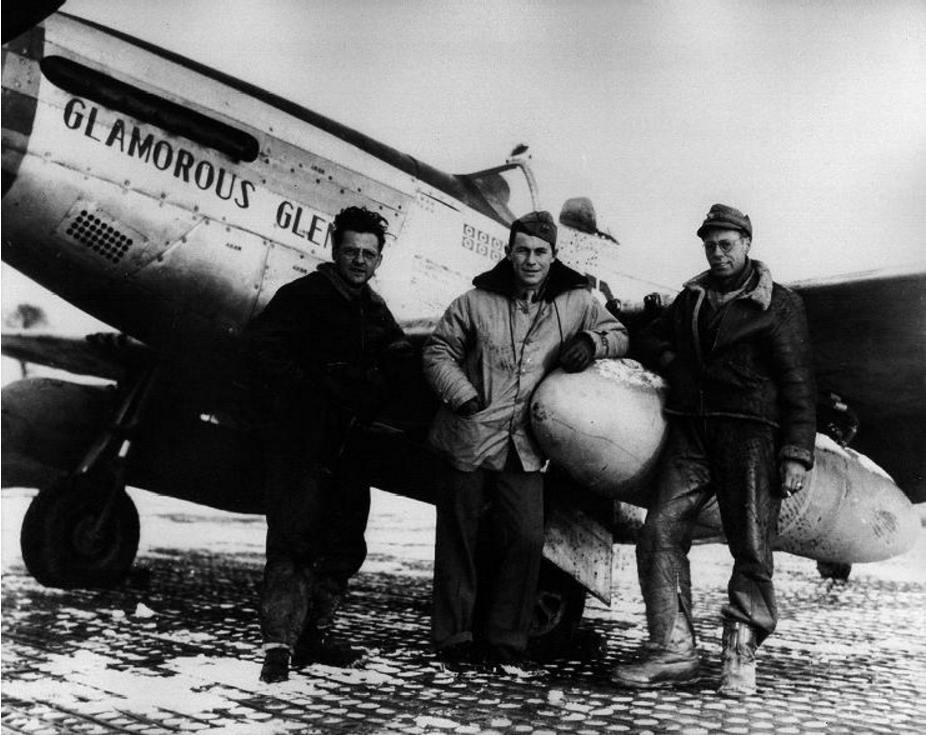 During WWII, pilots who were helped by resistance groups during evasion couldn’t return to air combat in the same theater. The reason was that if they pilot were downed and captured, he could reveal information about the resistance.

Since the Allies were already in France and the Maquis were openly fighting against the Nazis, Yeager argued there was little the he could reveal that the Nazis would learn. Eisenhower agreed and returned him to flying status.

4. Yeager downed five enemies in a single mission. Two of those without firing a shot. 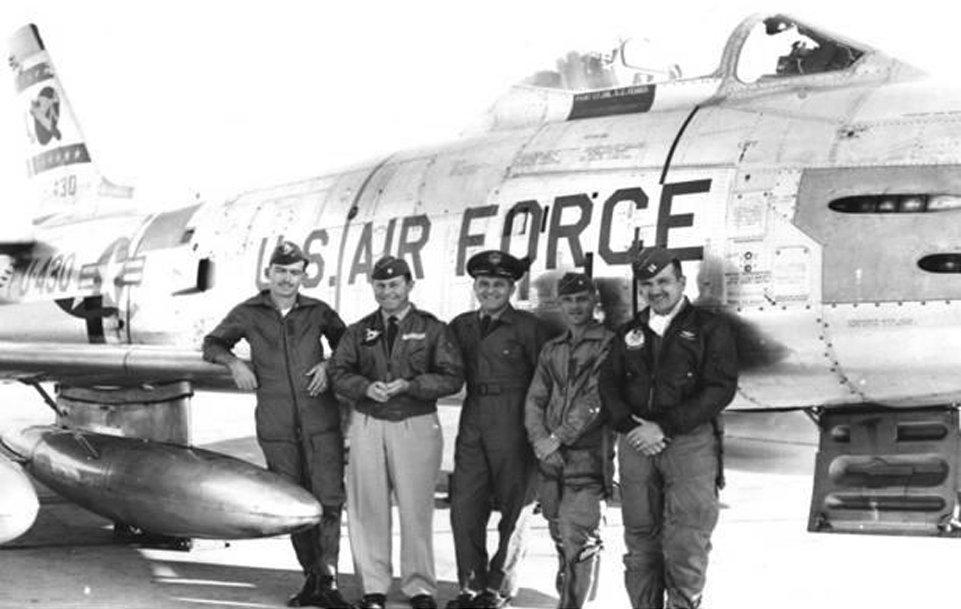 On October 12, 1944, he flew into firing position against a Messerschmitt BF-109 when the enemy pilot panicked, broke to starboard and collided with his wingman. Both pilots bailed out.

5. He scored one of the first kills against jet aircraft. 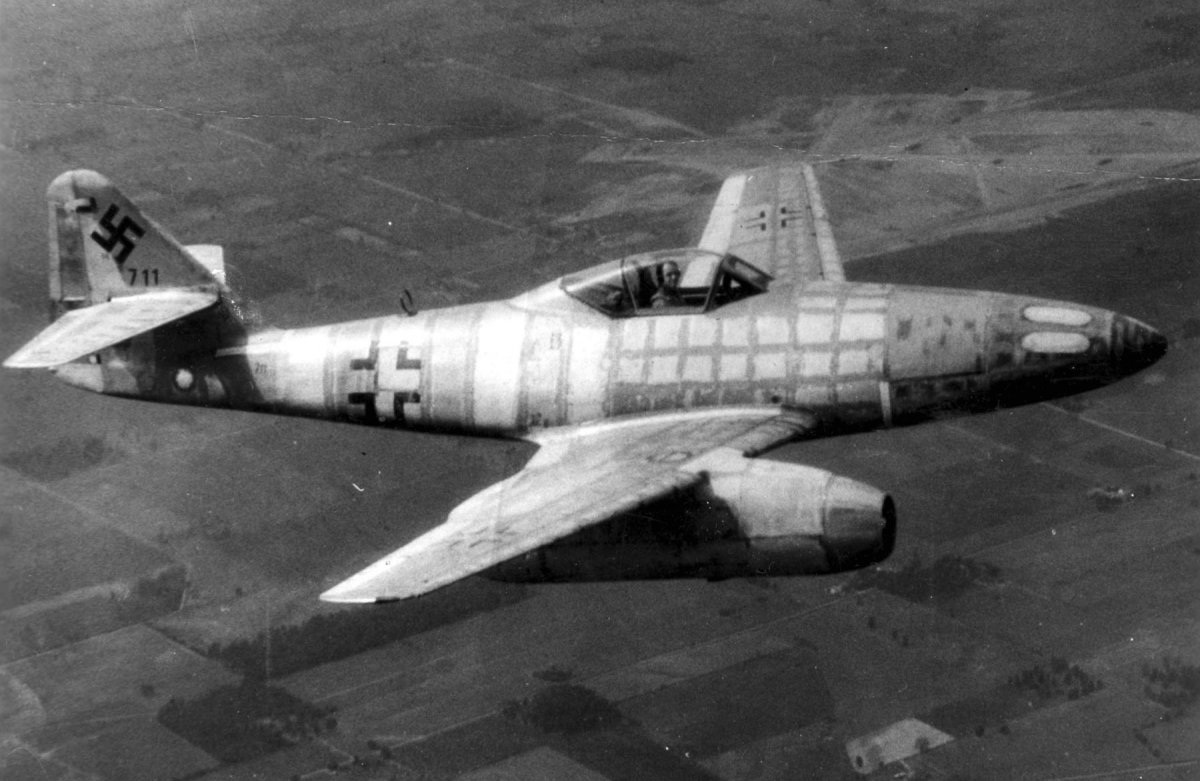 This airframe, Wrknr. 111711, was the first Me 262 to come into Allied hands when its test pilot defected in March 1945. It was subsequently lost in August 1946, the US test pilot parachuting to safety.

The German ME-262 was the second jet-powered fighter aircraft. It didn’t appear in the war until mid-1944, too late to make a difference in air superiority. It was still able to take down more than 500 allied fighters, however. Not before Yeager took down two ME-262s. He finished WWII with at least 11 kills and the rank of captain.

6. He became a test pilot after the war.

When the Air Force became a separate service in 1947, Yeager stayed in and became a test pilot at what would become Edwards Air Force Base. He was one of the first US pilots to fly a captured MiG-15 after its North Korean pilot defected to the South. 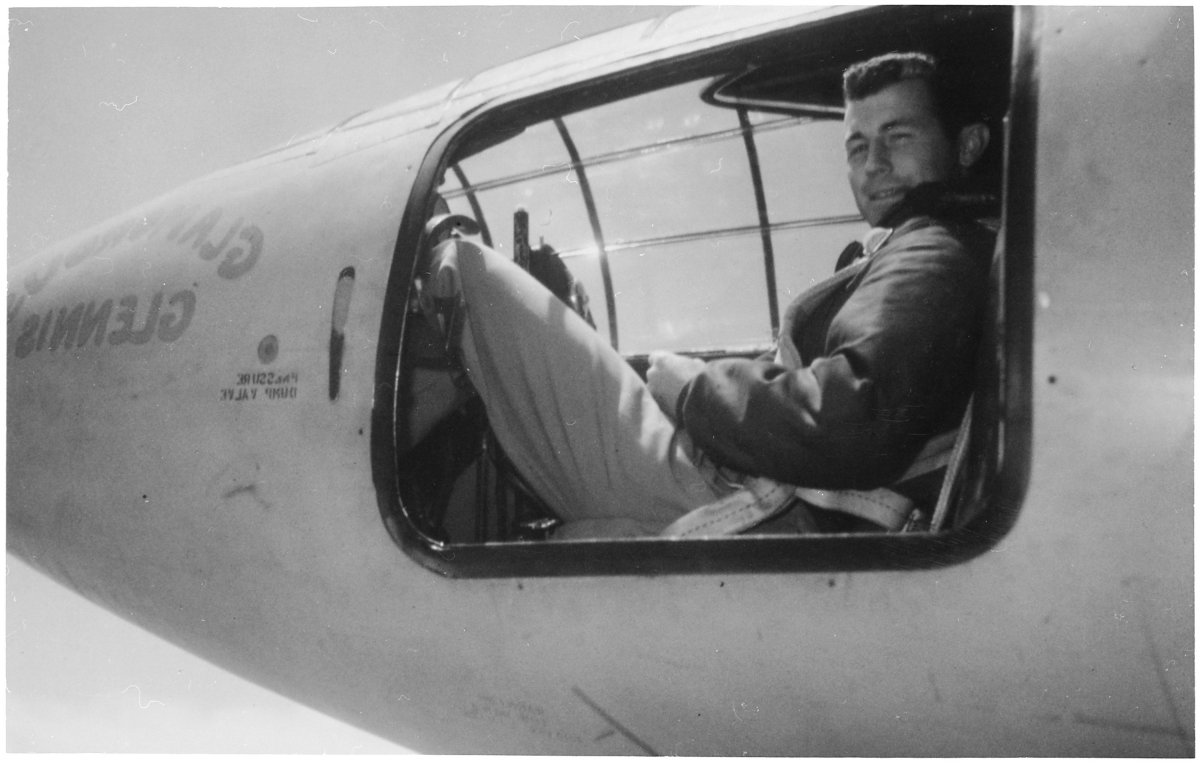 US National Archives and Records Administration

Captain Charles E. Yeager, the Air Force pilot who was the first man to fly faster than the speed of sound, sits in the cockpit of the Bell X-1 supersonic research aircraft.

This is one of Yeager’s highest achievements. After civilian pilot “Slick” Goodin demanded $150,000 to do it, Yeager broke the sound barrier in an X-1 rocket-powered plane. The night before this flight, he fell off a horse and broke two ribs. Worried the injury would get him booted from the mission, he had a civilian doctor tape him up.

The injury hurt so much he couldn’t close the X-1’s hatch. His fellow pilot Jack Ridley made a device with a broom handle that allowed Yeager to operate it. His plane was named Glamorous Glennis, after his wife.

8. He rained on the Navy’s parade. 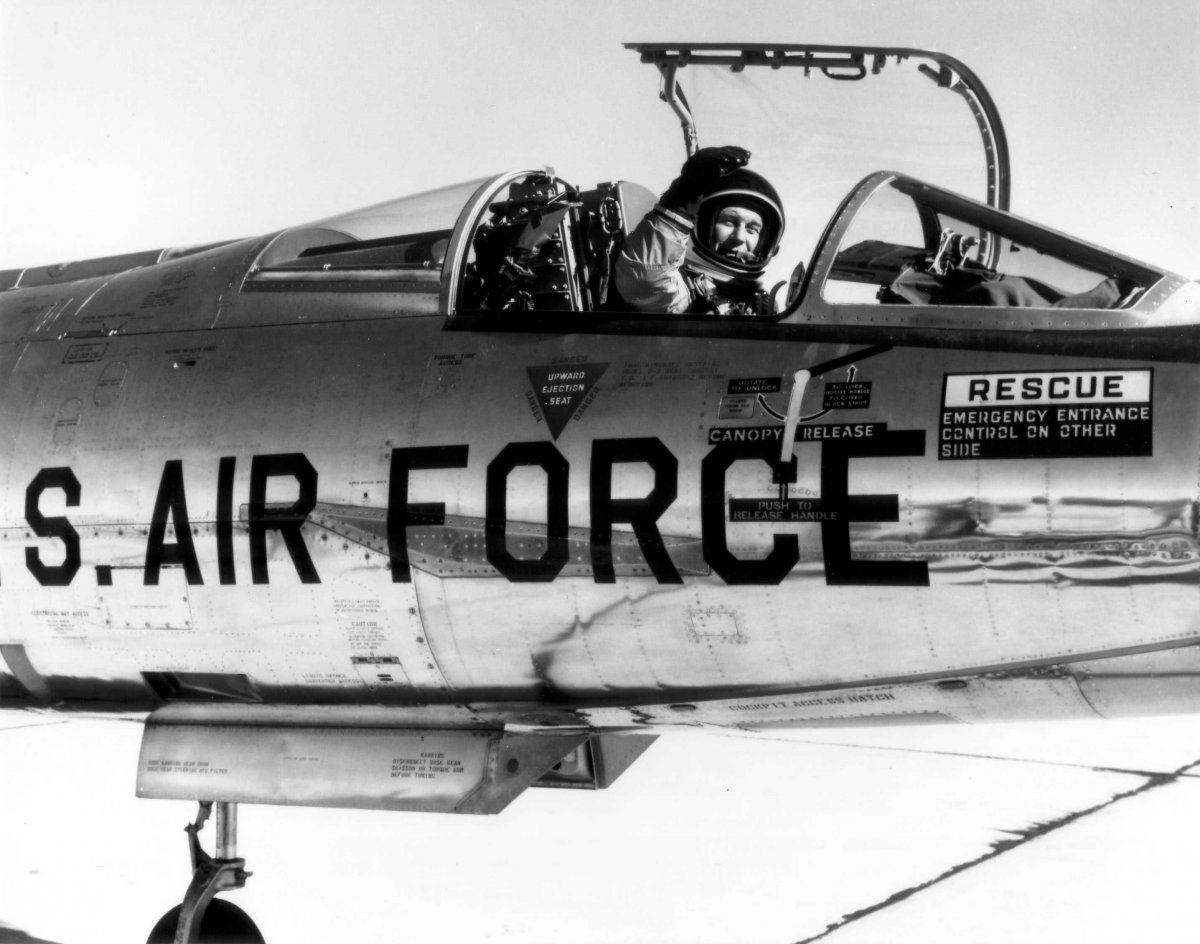 After Scott Crossfield flew at twice the speed of sound in a US Navy program, he was to be dubbed “the fastest man alive” during a celebration for the 50th anniversary of flight. Yeager and Ridley launcher what they called “Operation NACA Weep,” a personal effort to beat Crossfield’s speed. They did it in time to spoil the celebration.

9. He was cool under pressure. 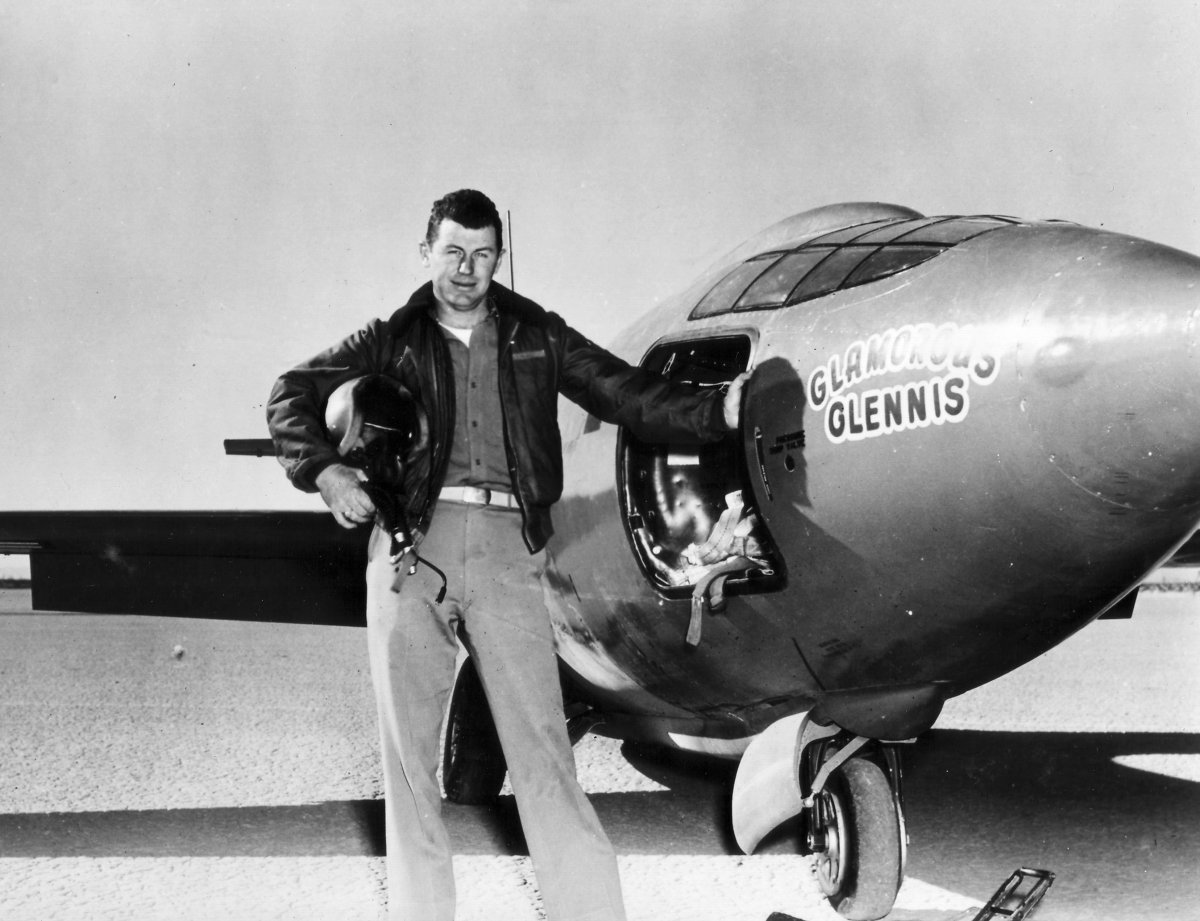 On December 12, 1953, Yeager reach Mach 2.44 in a Bell X-1A. He lost control of the aircraft at 80,000 feet, unable to control the aircraft’s pitch, yawn, or roll. He dropped 51,000 feet in 51 seconds before regaining control and landing the plane without any further incident.

10. He trained astronauts and test pilots. 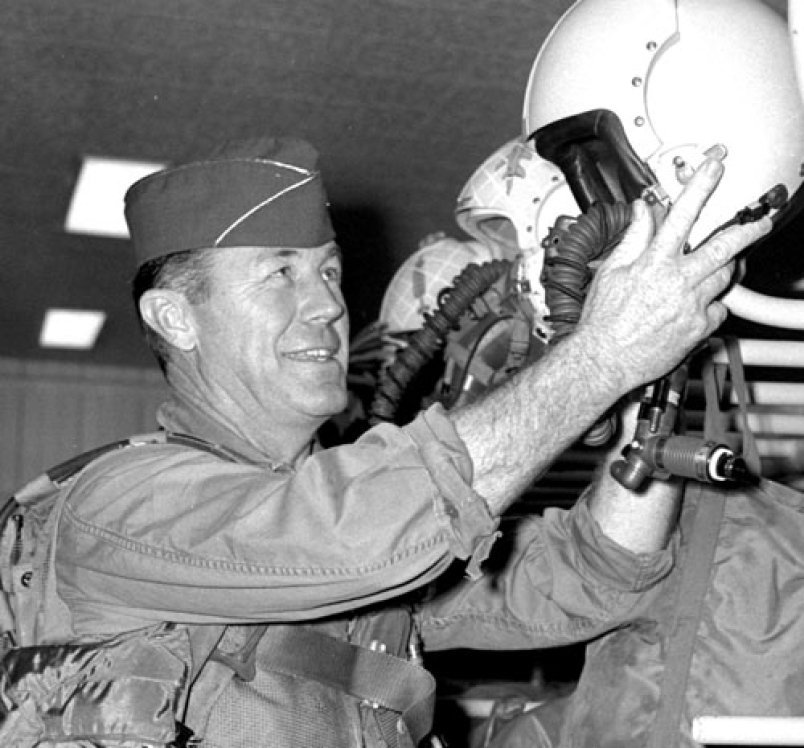 Yeager was the first commandant of the USAF Aerospace Research Pilot School, producing astronauts and test pilots for the Air Force. Since Yeager only had a high school education, he could not be an astronaut, but he still trained to operate NASA vehicles and equipment.

11. He was the first pilot to eject in full compression gear and the story is epic. 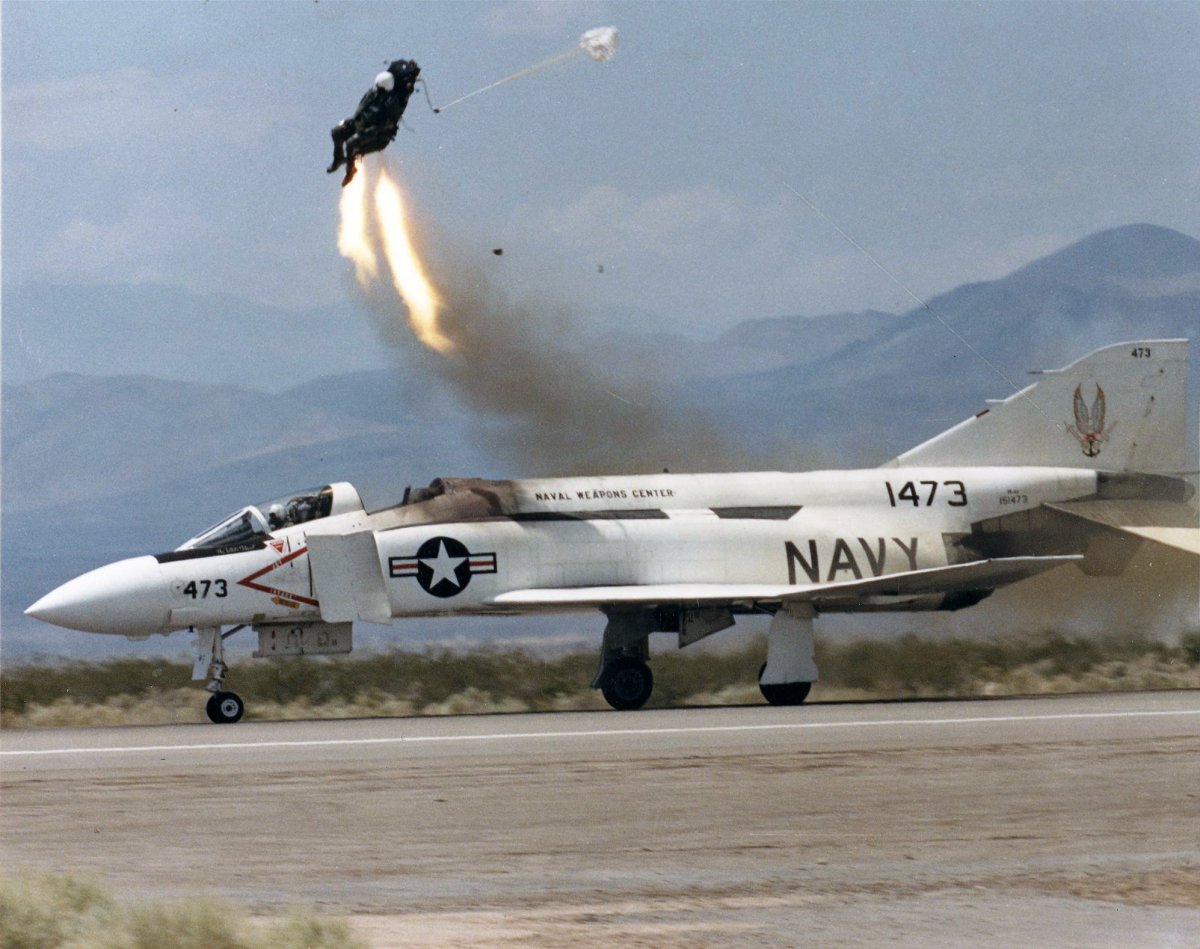 He was flying a Lockheed NF-104 Starfighter, which is basically an F-104 attached to a rocket that would lift the plane to 140,000 feet.

He fell at 9,000 feet per minute in a spin. He deployed the craft’s chute to pitch the plane back down. Once he jettisoned the chute, the plane pitched back up. Since he couldn’t restart the engines and had no power, he ejected from the plane at 8,000 feet.

His suit was covered in propellant and caught fire. The fire spread to the oxygen in his suit and turned the inside of his helmet into an inferno. His finger was broken, he was covered in burns, and he almost lost his left eye… but he still walked away from the crash.

12. He flew combat missions in the Vietnam War. 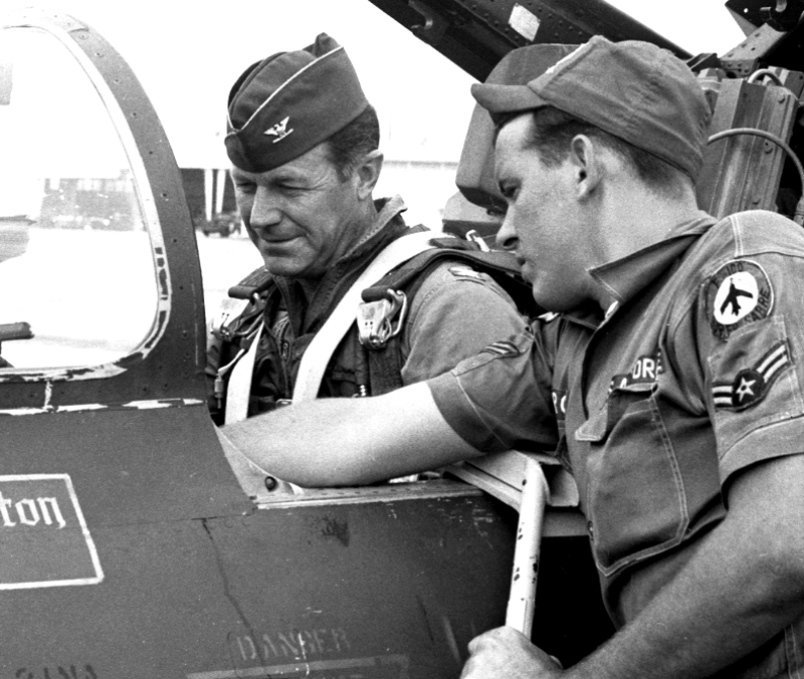 In 1966, Yeager was a full-bird colonel in command of the 405th Fighter Wing in the Philippines. He flew 414 hours of combat time over Vietnam in 127 missions while training bomber pilots. He was promoted to Brigadier General in 1969.

13. After retiring, he continued to fly as a consultant for the Air Force. 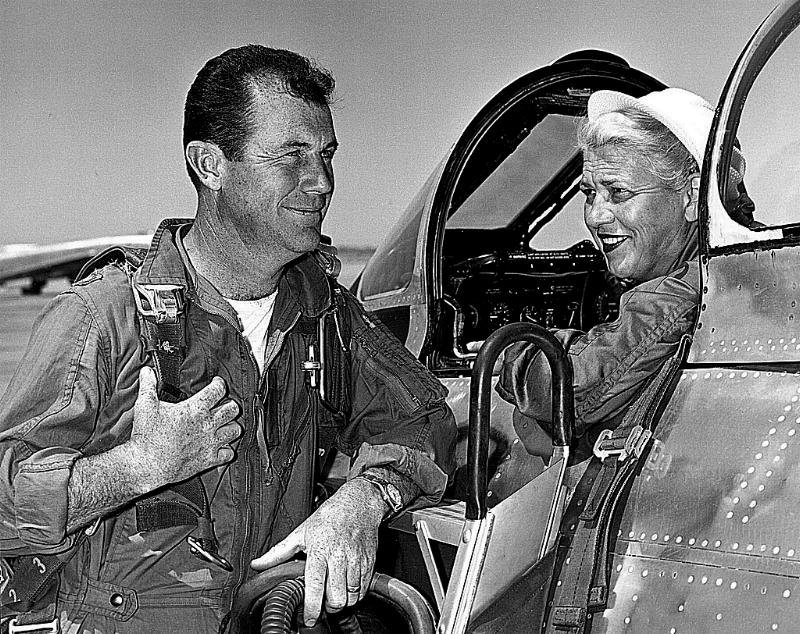 Yeager retired from the Air Force in 1975, and continued to work for the Air Force until 1995. President Reagan appointed him to the Rogers Commission, the body that investigated the 1986 Challenger Shuttle disaster. He continued to break light aircraft speed and endurance records. Two years after his retiring from flight, he celebrated the 50th anniversary of breaking the sound barrier by doing it again in an F-15D named Glamorous Glennis III.

BONUS: He made a cameo appearance in “The Right Stuff.” 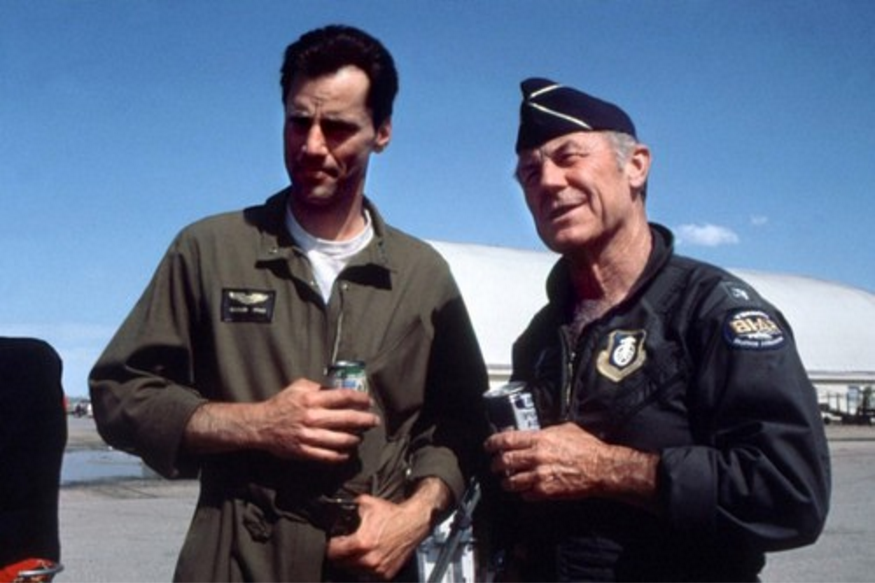 Yeager with Sam Shepard, who portray the famous pilot in “The Right Stuff”

This Week in History: NF-104 Crash