Undoubtedly his most notable achievement was piloting the B-29 launch aircraft that released the X-1 experimental rocket plane in which Capt. Charles “Chuck” Yeager became the first human to fly faster than the speed of sound in 1947.

Cardenas also aided in pioneering jet aircraft development by test flying the P-59 and XB-45 — the Air Force’s first jet fighter and bomber. He was also the operations officer for testing of the YB-49 flying wing. Cardenas was the investigating officer after the YB-49 crashed killing Capt. Glenn Edwards and Maj. Daniel Forbes in 1948.

Before becoming a test pilot, he served as a B-24 Liberator pilot in the European Theater of Operations during World War II with the 506th Bombardment Squadron. He was awarded the Air Medal and two oak leaf clusters for bombing missions before being shot down over Germany in March 1944. Despite head wounds from flak, he made his way back to Allied control.

After returning to the United States in November 1944, Cardenas was then assigned to Wright Field, Ohio, as a test pilot where he attended Experimental Flight Test School.

Cardenas’ last Air Force assignment was as chief, National Strategic Target List Division, Joint Strategic Target Planning Staff, at Offutt Air Force Base, Nebraska. His mission was to develop and compile a listing of targets that must be struck in a general nuclear war by U.S. retaliatory forces and develop estimates of enemy defenses and offensive capabilities.

Cardenas was born at Merida, Yucatan, Mexico in 1920. He moved to San Diego at age 5 and attended San Diego State University. He would later graduate from the University of New Mexico in 1955 with a Bachelor of Science degree in mechanical engineering.

His military career began in 1939 when he became a member of the California National Guard. He entered aviation cadet training in September 1940 and received his pilot wings and commission as a second lieutenant in July 1941. He retired from the Air Force in 1973. In all, he flew 107 different aircraft types while serving in the Air Force, according to Air Force Test Center History Office documents.

Cardenas is a member of the National Aviation Hall of Fame. 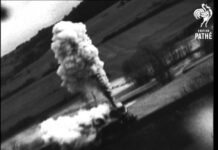 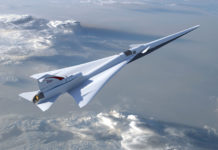 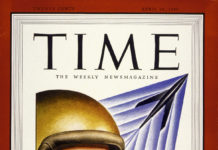 NASA’s New Supersonic X-Plane Will Be The Foundation For A New...