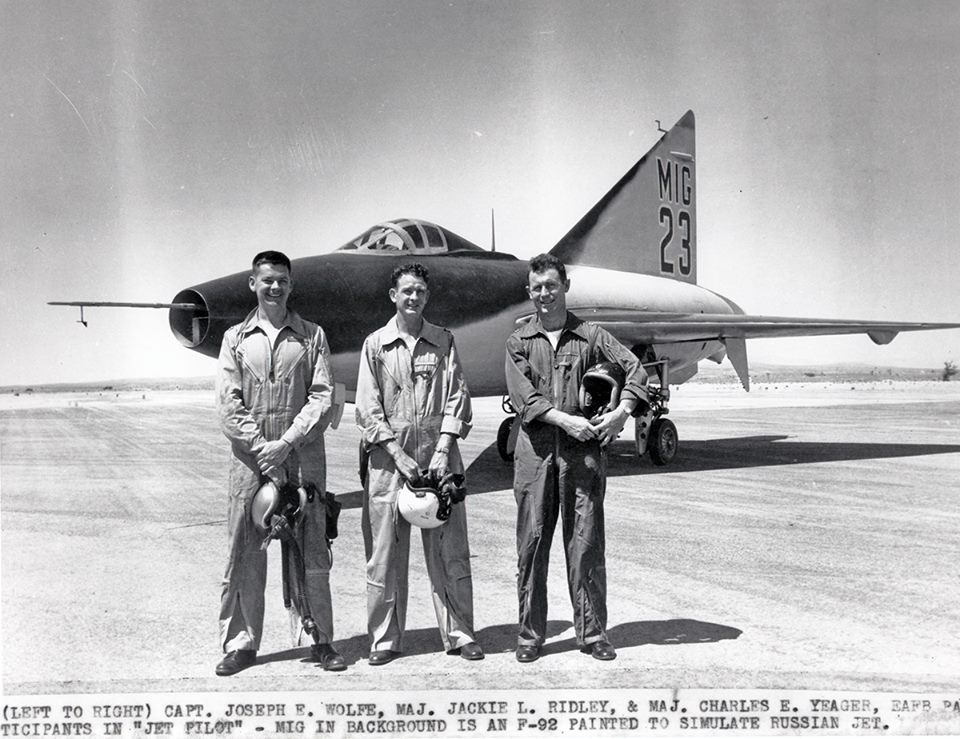 26 Mar 1951 at Edwards Air Force Base – Filming began on the lakebed for RKO’s film Jet Pilot, starring John Wayne and Janet Leigh. As shown in this photo, an XF-92A was painted to simulate a “MiG-23.” Most of aerial stunt scenes were anonymously flown by Chuck Yeager. (Edwards History Office file photo)

‘The Right Stuff’ blasts off for a Veterans Day screening in...