The Smithsonian’s 3D printing project is an effort to scan the museum’s vast collection and make it printable at home. Now, one of the many crown jewels of the Air and Space Museum’s collection is getting this treatment: Chuck Yeager’s Bell X-1.

The X-1 was the first plane to accomplish supersonic flight. It broke the sound barrier in 1947 while piloted by legendary pilot named Chuck Yeager, who needs no introduction to anyone alive in the 40s or 50s, or anyone who’s read The Right Stuff, or anyone who loves flying. Here he is writing in the pages of Popular Mechanics. 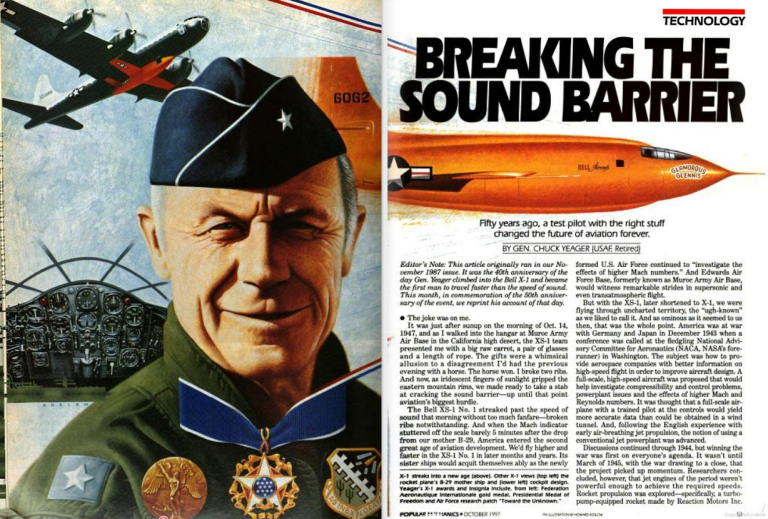 The plane accomplished this because it had rocket engines. No joke. 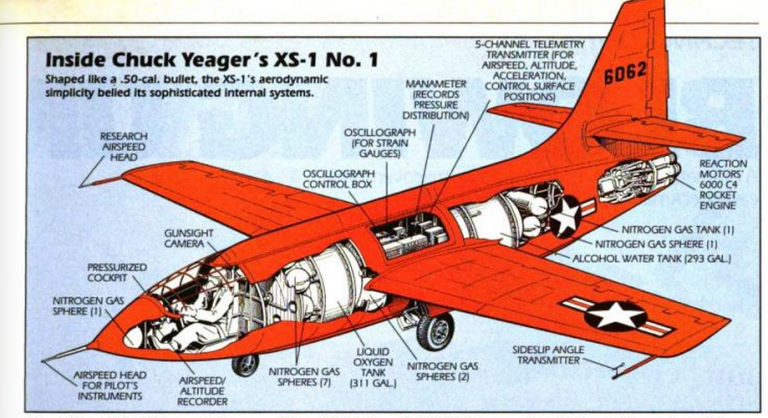 Soon you’ll be able to print at home your own scale model of the history-making plane that launched the X-Plane program, made Yeager a hero, vaulted the military into the realm of supersonic flight, and gave us a preview of the world to come.