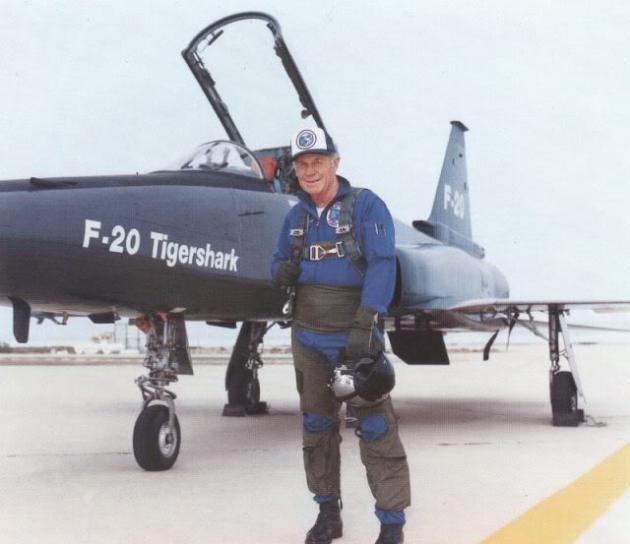 Anyone Remember the F-20 Tigershark? Chuck Yeager Does!

Back in the 1980’s Northrop privately funded the building of the F-20 Tigershark. A variant of the F-5 it was initially designated the F-5G. The Tigershark first flew in 1982 and only three aircraft were ever built.

Watch the F-20 Tigershark in Action

The F-20 had a single General Electric F404-GE-100 turbofan engine with 17,000 pounds of thrust which was about 40 percent more powerful than the twin-engined F-5E. It was touted by Northrop as being the world’s premier fighter jet claiming it would even outperform the F-16A Falcon at a lower cost.

An interesting note about the F-20 is that famed aviator, Chuck Yeager (the man who broke the sound barrier) was hired by Northrop to be a public spokesman for the Tigershark and at the age of 61 he flew the aircraft two times.

In the mid 1980’s the Reagan administration decided against the F-20 and no more aircraft were manufactured.

Who thinks the F-20 would have made a great fighter for the US in the 80’s? Let’s hear your thoughts.

Oh, and make sure you get your A/C/Delco sparkplugs…Chuck says so! 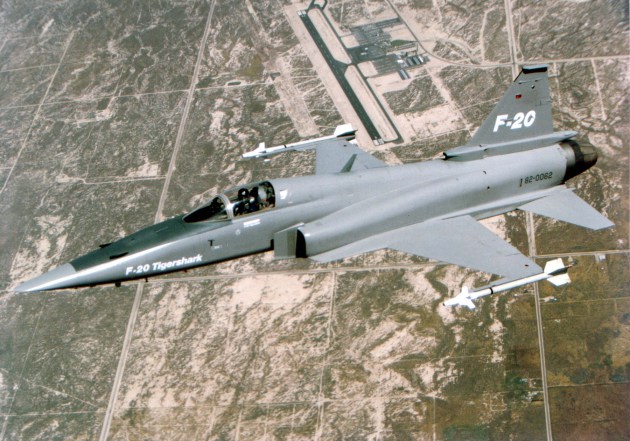 This Week in History: NF-104 Crash

Duty led to history: Catching up with Chuck Yeager – Appeal-Democrat:...

Chuck Yeager cameo on I Dream of Jeanie

Wanna be the next Chuck Yeager?